You are viewing : Portfolio » 139 Lakey Lane

When the client first contacted RBA Town Planning about the decision from Birmingham Council, there were a number of issues which we picked up on immediately. Firstly, the deadline for submitting an appeal had already passed - in the case of a rear extension there is a time limit of 12 weeks from the date of the decision within which to submit an appeal. More importantly however, the application was retrospective as the client had already constructed the extension. As the building was unauthorised, the client risked having enforcement action being taken against them by the council.

Given this situation, our first task was to resubmit the application to the Council (knowing full well this would be refused) in order to reinstate the clients rights of appeal. 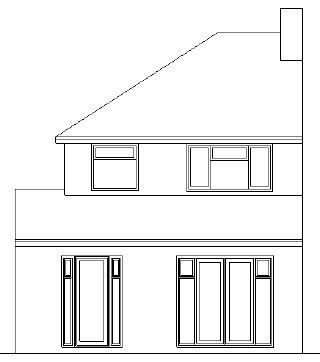 The refusal by Birmingham Council was on the basis that the proposed extension did not comply with the 45° Code for House Extensions and would lead to a loss of outlook and light to 141 Lakey Lane.

The design is a relatively straightforward scheme for a rear extension to provide additional amenity space within the dwelling. Whilst the proposal would breach the 45° code, this was a minimal breach and so the case for the appeal would have to demonstrate this. To achieve this, we plotted a 45° line from the centre point of the rear window of the neighbouring dwelling and noted where this met the projection of the rear extension. 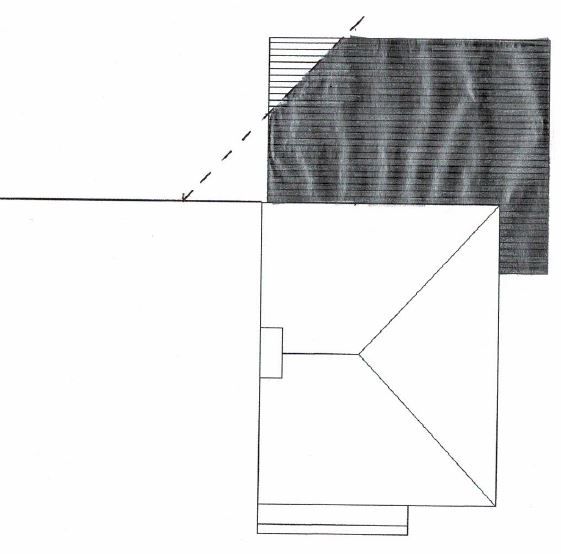 The image above was central to the successful appeal to show the extent to which the extension did breach the 45° code. In addition to this we would also show that there would not be a significant loss of light throughout the day. This was supported by a letter of support from the neighbout which was referred to in the Inspectors report.

"The rear of No 141 has a south westerly aspect and therefore benefits from light throughout the day. By virtue of its scale and position, the development does not significantly restrict this light reaching the rear elevation of No 141. Indeed, the current occupants of No 141 have indicated they have not observed any loss of light to the property due to the extension. Accordingly, it is concluded that the development has not resulted in an unacceptable loss of light to the habitable room or patio near the shared boundary, to a degree that would be harmful to the occupiers’ living conditions."

Following the decision by the Inspector to allow the appeal, the client no longer faced the prospect of enforcement action being taken and the potential of being forced to demolish the extension.