You are viewing : Portfolio » The Gables, Welwyn Avenue

Our client sought permission from Mansfield District Council to vary a condition from a previously approved planning application for a detached garage. The changes would see an increase in the height of the garage roof of 0.75m to allow for usable storage space.

The proposal was rejected for two reasons. The first being that:

“The increased mass would have an unacceptably detrimental impact upon the amenity of the neighbouring property through a sense of enclosure and overbearing.”

The second reason being that:

“it would increase the prominence of the garage building in the street scene which would harm the appearance and character of this part of Welwyn Avenue.” 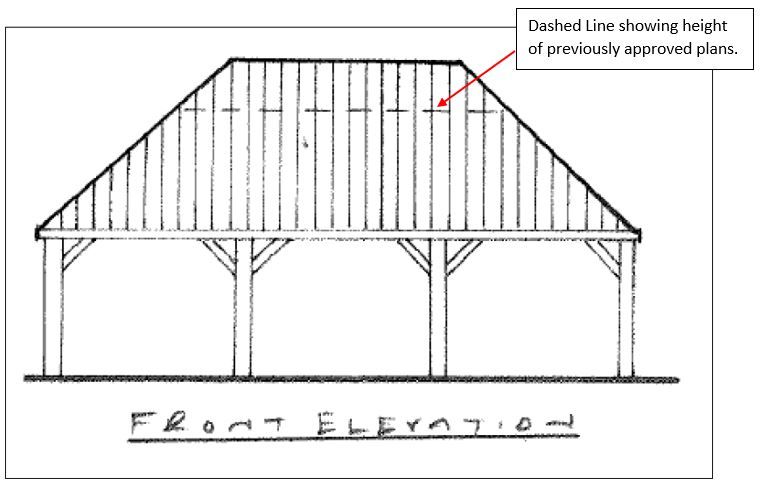 Due to an application for the construction of the garage having been already approved, we were able to use the prior permission as a fallback position. A fallback position is used to outline the difference in the level of impact of what has been deemed acceptable previously (or in other cases, what would be acceptable under permitted development) and the proposal.

As development had already begun, we were able to show the impact that approved garage would have on the street scene and neighbouring properties and show that the proposed increase in its height would have little additional impact, despite the concerns of Mansfield Council.

The Planning Inspector agreed with this argument, stating:

“The Council’s submissions point to that the approval for the fallback position was an on-balance decision and so the incremental increase takes the proposal beyond the boundaries of acceptable harm. I disagree with this position on the basis that the differences are not to the extent that the level of harm itself would increase, as the effects would be similar.

The fallback position, therefore, attracts significant weight in my decision. In having regard to the site specific circumstances and the similar level of effect on the living conditions of [the neighbouring property] between the fallback position and the appeal proposal, it leads me to a conclusion that the proposal is justified.”

In this case, despite the Planning Inspector agreeing with Mansfield Council that the proposal would not be in accordance with the development plan, the fallback position was sufficient justification to allow the appeal.