You are viewing : Portfolio » 15 Walsingham Avenue

The client applied to Rochdale Council for a two-storey side extension, to provide extra living space with new bedrooms – one of which would be en-suite.

Whilst this would appear to be a straightforward development, the Local Planning Authority (Rochdale Borough Council) decided otherwise, claiming that

“By virtue of its scale and siting, the proposed two-storey extension would result in an oppressive outlook from and a significant loss of light to the front windows of No.11 Walsingham Avenue.”

After discussion with the client, we were instructed to act on their behalf and to appeal the decision to the Planning Inspectorate. We would also make an application for costs with the appeal – if successful this would require the Local Planning Authority repay to the client any costs they incurred in making the appeal. 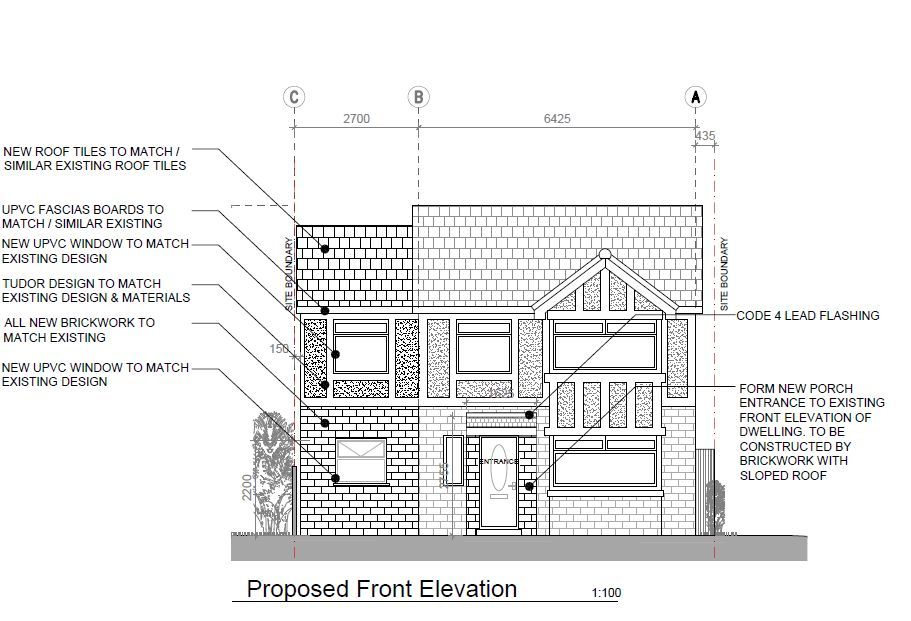 Using the Councils reason for refusal as the basis for the Appeal Statement we were able to discredit their assessment for a number of reasons. First and foremost, there was not a significant loss of light and we were able to demonstrate this in the Appeal Statement by including a sun path analysis. This is something we would always include when appealing any decision where overshadowing/loss of light is quoted as a reason for refusal.

Furthermore, the Council did not support their assessment with any evidence themselves to support the decision.

The remaining element of the refusal, the ‘oppressive outlook’, is a subjective argument as what is oppressive to one person may not be to the next. For a Planning Appeal it is necessary to go further than this and show why the extension should not be considered to result in an oppressive outlook.

With the evidence we submitted (see image), the Planning Inspector had sufficient justification to overturn the decision of the Council and grant planning permission for the extension. In the assessment, the Inspector found that:

“Regardless of the reduced separation distance that would occur, I find that both the presence of the intervening garage and the recessing of the proposed extension against the host building’s existing gable would ensure that there would be no significant change to existing outlook from the ground floor windows of No 11. Furthermore, the proposed extension would be adequately offset from one of No 11’s front first floor bedroom windows. As such it would not unduly compromise existing levels of outlook for that room.”

Importantly, in granting the award of costs to the Appellant, the Inspector commented:

“there is very little evidence presented by the Council to that effect. Indeed, from the evidence before me I find that the assessment and explanation provided by the Council regarding the effect upon existing light and outlook for No 11 is both generalised and vague in its articulation of the nature and degree of the alleged harm. Furthermore, my own assessment at the site visit has led me to a different conclusion and to find little reason to substantiate the specific concerns cited in the Council’s decision.”

In summary, we have an exceptionally pleased client who can now go ahead and build their extension and the Council had to reimburse the costs incurred by the client in appealing the decision.