You are viewing : Portfolio » 131 Gainsborough Avenue

Our Client sought Planning Consent from Oldham Council for the erection of single storey side extension to side of existing dwelling.

The extension was required in order to provide bedroom and washing facilities for the Client’s elderly, infirm father to enable him to continue being cared for in his home setting. Our client had looked into other ways of modifying the property in line with their needs, but the extension had been found to be the only feasible option.

This would seem like a reasonable request; however, Oldham Council refused the application stating:

“Due to the physical constraints of the site and its prominent location, the proposed extension would appear as a cramped and incongruous form of development which would cause harm to the character and appearance of the area.” 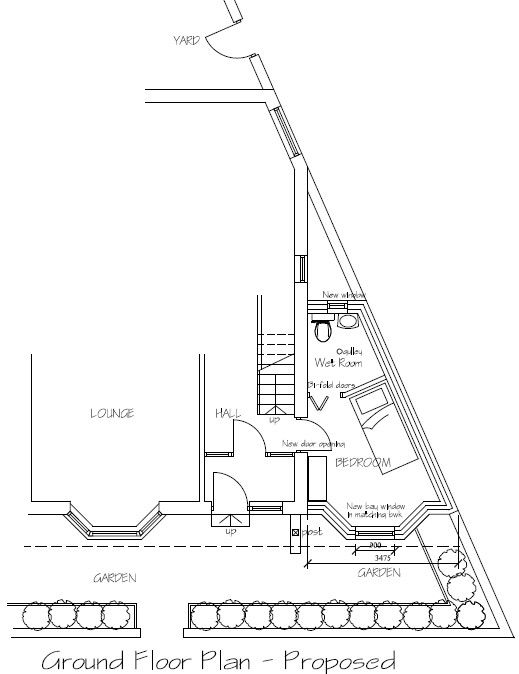 First steps in this case were to conduct a detailed analysis of the decision and the Policy quoted in it, in this case this was Policy 9 (Local Environment) and Policy 20 (Design) of the Oldham Joint Development Plan Document (2011).

Having conducted this analysis it was clear that there was not a single aspect of the Policy 9 that the proposal is contrary to, in fact it was successfully argued that the proposal satisfied the criteria outlined in the Council’s Development Plan and the requirements of the National Planning Policy Framework.

Here it was successfully argued that the proposal would be a significant benefit to the appellant and his father, that it would allow him to continue to live at the property with some degree of independence.

To further discredit the arguments of the LPA on the harm to the character and appearance of the area we conducted a detailed search of previously approved planning applications in the locality. We found there to be several properties in the area who had successfully submitted planning applications of a similar type. Whilst these applications all differed to our Client’s proposal, we used these applications to highlight the inconsistency in the LPA’s judgment in this case when compared to those previously approved. We successfully argued this point with the Planning Inspector stating that:

“While none of [the previous applications are] directly comparable to the appeal scheme, they demonstrate that small extensions can be accommodated without significant visual detriment to the street scene or townscape.”

With the evidence we submitted, the Planning Inspector had sufficient justification to overturn the decision of the Council and grant planning permission for the extension. Our client can now build his extension and continue to care for his elderly father in his own home.