The client had applied to Leeds City Council for a first floor extension to side and this would be constructed above the existing attached garage at the property. With the same application, the client proposed to convert the garage into a habitable room and build a porch on the front elevation.

The Decision Notice they issued stated that "the proposed two storey side extension results in a property that would appear unduly wide within its plot and out of scale with surrounding development, and which would also erode characteristic space within the streetscene".

Following an enquiry from the client, we provided a written assessment of the Councils decision and outlined the strategy we would use when appealing the decision. It was at this point that the client instructed RBA Town Planning to act on their behalf and to lodge an appeal with the Planning Inspector.

Whilst the Council did not appear to be concerned with the alterations at ground floor, our first task was to demonstrate these changes did not actually require planning permission. To do this, we referred to the Permitted Development legislation (General Permitted Devlopment Order 2015) which outlines what changes can be made to a house without the need for planning permission. The change of a garage to a habitable room is allowed under Schedule 2, Part 1, Class A and the addition of a front porch falls under Schedule 2, Part 1, Class D.

Having dealt with that issue, the remainder of the Appeal Statement would concentrate solely on the first floor side extension. The picture above shows the existing and proposed front elevation side by side for comparison and as can be seen, the development would provide an attractive finish to the dwellinghouse and would be in keeping with the property.

As the Council were of the opinion that the first floor side extension would 'erode characteristic space within the streetscene' one aspect of our strategy was to demonstrate that there was not such space within the streetscene. This involved a visual inspection of East Ridge View and the surrounding area to document where such space existed and further highlight the relationship between the dwellings along the street.

With this done, it immediately highlights the flaws in the Councils assessment of the proposal and adds support to the proposal.

We then proceeded to show that the proposal would not result in an unduly wide dellinghouse. We related the proposal to the location of the site and to the surrounding properties on East Ridge View and substantiated this with photographs taken from our site visit. We would also show that the Councils suggestion of reducing the ridge height of the extension and setting this back from the front elevation would result in an unattractive dwellinghouse which would damage the streetscene.

The report produced by the Planning Inspector confirmed the arguments we had made:

"I do not find the closure of the existing gap at first floor level to be critical in the context of the street scene. There are irregular relationships between adjoining dwellings and clear evidence of minimal gaps between some adjoining properties in the area, with the neighbouring property at No. 17 incorporating a substantial cat-slide roof and varied roof form close to the common boundary. I am also not persuaded that the existing detailing of the property would be overwhelmed by the form and design of the extension as proposed"

The result of this is a very happy client who can now go ahead and build the extension they had planned. 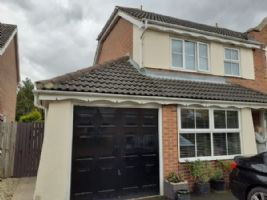